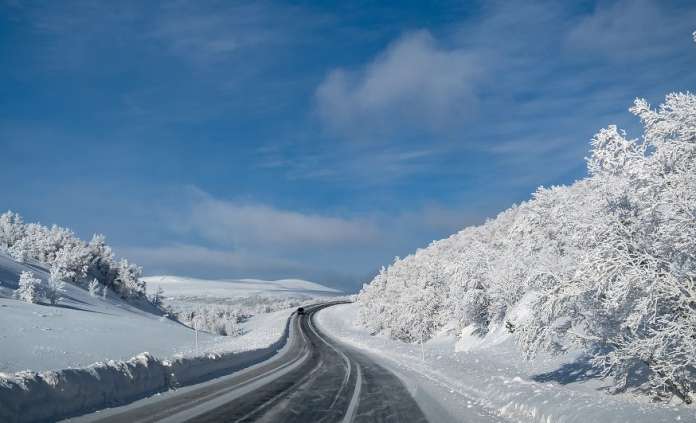 Heavy snow had public officials in Oslo, Norway requesting commuters stay home for several days during the first week of 2023.

The Local, Norway’s English language news, reports commuters were asked to work from home when more than 27 bus routes were cancelled across Oslo on January 5. Drivers of private vehicles were also asked to stay off the roads.

A second article in The Local explained that although Oslo is used to heavy snow and frigid weather during the winter, the amount of snow that fell in such a short period of time caught even winter hardened Norway’s transit system off guard. According to The Local:

[W]hile the country runs typically like clockwork during the winter and throughout snow showers, the weather this week has been far from typical in southern and eastern Norway.

Norway’s Meteorological Institute issued an orange warning [meaning “be prepared”] for snow earlier this week. In and around Oslo, around 25cm of snow was forecast daily, and 60-70 cm have been predicted to fall by the end of the week.

Constant heavy snowfall can make it hard for roads and rail tracks to remain clear, even when snow-clearing operations are in place 24 hours a day.

“The ploughing crews are out 24 hours a day. They and the tow trucks have had enough (work) to do,” traffic operator Annie Serup told Norwegian newswire NTB on Friday morning.

The sustained large amount of snow that fell over the period of several days overwhelmed the ability of the heat from the switches and signals along rail lines to melt the snow. This resulted in a significant build-up of snowpack on train tracks, necessitating train cancellations and delays.

Nor was Oslo the only area in Norway affected by the adverse winter weather. News in English, Norway (NIEN) reports that the early January “blizzard,” snarled traffic across the southern half of the country. According to NIEN:

The southern city of Halden, just over the border from Sweden, suspended all bus transport Friday afternoon after several skidded off slippery roads and even overturned. Driving conditions were so hazardous that local transit authority Østfold kollektivtraffik didn’t want to risk more accidents.

More than 170 bus lines were halted in Oslo and the surrounding county of Viken, after the heavy snow and wind caused chaos again on routes in and around the capital. An airport bus also tipped over on RV 110 between Råde and Fredrikstad, with several passengers on board. There were no serious injuries.

Elsewhere train traffic was shutdown along multiple routes in southern Norway, like the heavily travelled commuter line between Oslo and Lillestrom. NIEN reported:

Ice and snow jammed switches on the tracks, and there was also trouble on the lines towards Holmestrand and Tønsberg and farther south at Vennesla, where wind and snow knocked out electrical cables. One train had to return to Kristiansand because it wasn’t safe to continue.

Overturned trucks and accidents on a number of highways in southern Norway, amid white-out conditions, resulted in road closures to all but emergency vehicles and organized convoys managed by the authorities.