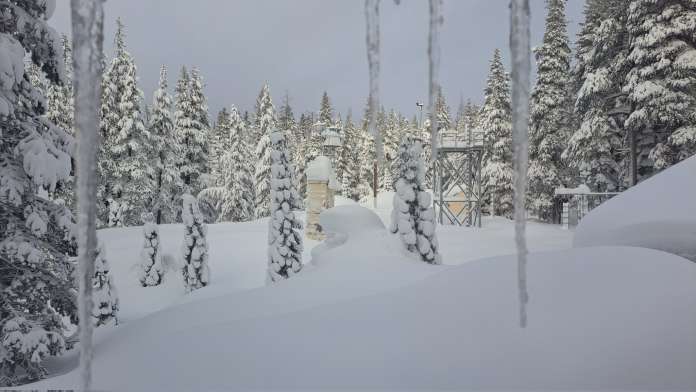 With more snow expected this season, the snowpack in California’s mountains is 179 percent above its historical average going into the heart of winter, according to Electroverse.

And snow in California is not just limited to the mountains.

“Statewide snowpack is even 70 percent of the April 1 average, and is matching the best water year on record (1982-1983),” writes Electroverse.

Christmas eve snowfall at the UC Berkeley Central Sierra Snow Lab broke the previous record, falling at 7.5 inches per hour measured over a 12-hour period. Elsewhere, Palisades Tahoe received 7 inches of snow per hour on Christmas eve. Recent heavy snows have added to the well above average snow and precipitation the state has received since the start of California’s water year on October 1.