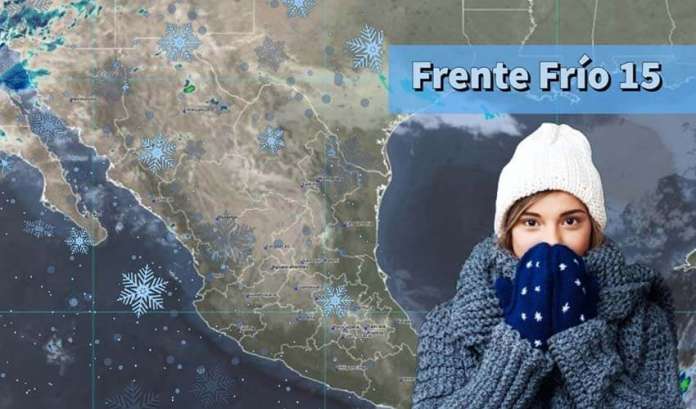 Mexico did not escape unscathed from the large arctic cold front that battered Canada and the United States to close out 2022, reports El Pais. Writing for El Pais, Carlos S. Maldonado said:

The Arctic front that has swept across the United States over the past few days, leaving over 50 people dead and knocking out power to millions of homes and businesses, has also moved south of the border and is bringing sub-zero temperatures to the northern and central states of Mexico. The cold snap affected the US from the Great Lakes to the Rio Grande and has now extended into Mexico, where authorities have issued orange and yellow alerts with temperatures as low as -15 degrees Celsius (5ºF) forecast. No deaths have yet been reported in Mexico, but local governments have urged citizens to take protective measures against the cold and, in the case of those living near the coasts, to stay away from the beaches, where waves up to four meters high are expected in areas of the south and southeast.

“We anticipate that on Wednesday we will see a third winter storm. This is a new front that, together with a polar trough, could generate snow and sleet in the north of the country,” says Berenice Pelaes, meteorologist at Mexico’s National Meteorological Service (SMN).

The well-below average temperatures and snow led Jansel Jimenez Bulle, writing for Expansion, to speculate that snow could visit Mexico City in 2023, the last significant amounts of which fell in 1967.

“Is it possible that snowflakes descend on the capital of the country again?,” asks Bulle. “Yes, in fact last week they already fell in high areas of the Tlalpan Mayor’s Office, as Felipe Muñoz, a hiker, tells us, who adds the following: ‘In other sectors of the city I don’t think snow will fall.’”

Bulle’s report comes as weather experts cited in the El Pais story indicated that in the winter of 2022/2023 Mexico could experience “at least 51 cold snaps during the winter period. Currently, parts of Mexico are freezing under the 19th of these.”